skip to main | skip to sidebar

‘Scout bats’ are a myth 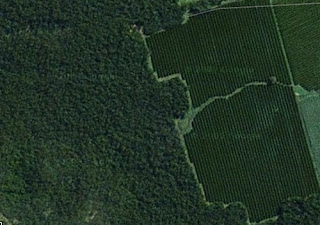 To justify killing flying-foxes, some fruit growers and politicians peddle the myth of ‘bat scouts’ (see below for more examples). Like honeybee scouts, bat scouts are said to search the landscape for new food sources and guide their fellow bats to them. So, they claim, if a fruit grower can shoot the alleged scouts, the orchard remains a secret to all other bats.
It’s a convenient myth for fruit growers because they can claim they only need to kill a few scouts to protect their orchards from vast numbers of flying-foxes. Queensland MP Rob Messenger asserted that “most farmers only needed to take a maximum of ten scouts in order to protect investments worth tens of thousands of dollars”.[1] Federal MP Bruce Scott told parliament that flying-foxes weren’t a problem for Queensland farmers when shooting was permitted as “the scout bat … [can] be terminated—quickly and humanely”.[2]
But the scout notion is biologically bogus [3] and it is fanciful to claim that fruit growers protect their crops by killing just a few flying-foxes when so many have been slaughtered in the past.
Flying-foxes don’t need a ‘bat scout’ to find food
With good vision and sense of smell, long-distance navigation skills, and an excellent memory for locations, each flying-fox has the ability to find its own food.[7] They undoubtedly gain information about local food sources by observing other bats but there is no evidence for a special category of bats that generously seek out food on behalf of others.
Flying-foxes are not sharers
Bats aren’t like ants or bees; they don’t live in organised cooperative societies with designated roles.[8] They are territorial about food and can spend much of the night defending their patch in a food tree from others (the reason for all the bat squabbling heard at night).[9] A flying-fox has much to gain if it can find a fruit tree all its own. It makes no sense to suggest that a designated few would search out food for the rest of the camp.
Orchards are easy to find
Orchards are much easier to find than natural food sources such as isolated fruiting or flowering trees in forests. They are very concentrated sources of food that stand out in the landscape as a regular array of trees, easy for a bat to spot from the air and easy to smell when fruit is ripe. Many orchards are close to flying-fox camps and couldn’t be missed.
Bats have a good memory for food sources
Flying-foxes have an excellent memory for locations.[10] Some return each year to the same branch in a bat camp after many months away. They are not likely to forget an orchard they have fed in previously, so there would be no need for a scout to find each orchard all over again at the beginning of each fruit season. Whether or not flying-foxes choose to feed in an orchard depends on what other food is available. When natural foods are in short supply, orchards are heavily targeted.[11]
Shooting is not a practical solution
There is no practical way for fruit growers to effectively protect their crops by shooting small numbers of flying-foxes.[12] They cannot spend all night every night guarding their orchard and be guaranteed of shooting every bat that enters. A NSW survey of 17 growers found that on average they shot for just 1.6 hours/night for 3 nights a week for 4.4 weeks, leaving their orchard unguarded for more than 90% of the time.[13] Shooting a few bats is particularly useless when natural bat foods are in short supply and orchards are heavily targeted. This is when the majority of fruit losses occur. Netting offers full-time protection and is the only method known to be effective, which is why it is the industry standard.
The scout bat theory hasn’t worked in the past
Fruit growers haven’t been able to protect their orchards in the past by killing a few alleged scout bats, which is why a large proportion of commercial fruit targeted by flying-foxes is now under netting.[14] It flies in the face of history for growers to contend that they need kill only a few flying-fox scouts to protect crops, when it was common past practice for a grower to kill hundreds or thousands a season.[15] Growers complained they couldn’t protect their crops when governments reduced the numbers of flying-foxes permitted to be killed (due to declining populations). Now that shooting bats has been banned in Queensland and could be in NSW (as recommended by a government-appointed independent panel),[16] it suits some growers and politicians to peddle the scout myth in an attempt to justify ongoing shooting.
Shooting is inhumane and anti-conservation
When bats are shot at in orchards at night, it is inevitable that some are wounded rather than die immediately, and because the ripening of most commercial fruit coincides with flying-fox births, shooting results in the starvation of babies when their mothers are shot.[17] There is no way of making shooting humane, which is why the Queensland Government has banned it.[18]
Shooting also puts pressure on declining flying-fox populations. Because flying-foxes don’t breed successfully until they are 2 or 3 years old and have only one baby a year, they have a low capacity for population growth.[19]  Two species killed in orchards – grey-headed and spectacled flying-foxes – are listed as nationally threatened.[20]
Shooting flying-foxes for crop protection is inhumane and anti-conservation. Killing mythical bat scouts won’t help growers protect their crops. The scout myth rather than mythical scouts should die.

[3] There is no published evidence for bat scouts – a search of scientific databases found no references – and it is inconsistent with knowledge of bat behaviour.

[5] Joyce B. 2009. Flying foxes and fruit in Queensland’s granite belt do not mix. Website for Senator Barnarby Joyce.  http://www.barnabyjoyce.com.au/Issues/Thisweekinpolitics/tabid/56/articleType/ArticleView/articleId/941/categoryId/7/FLYING-FOXES-AND-FRUIT-IN-QLDS-GRANITE-BELT-DO-NOT-MIX.aspx

[8] Bat camps or colonies do not constitute a discrete or fixed population of flying-foxes. Some bats may be resident in a camp, others are regular or sporadic occupants. There is considerable population flux in bat camps mostly related to the availability of food. Flying-foxes can travel thousands of kilometers a year between different camps.

[12] A survey of 17 fruit growers in the Sydney Basin by Dang et al. (2009, see note 13) found that 88% of them did not believe that shooting ‘scouts’ (early arriving bats) was effective at deterring others and most believed that flying-foxes returned to the orchard after being scared off.

[15] A federal court judgment [Booth v Bosworth] found that one fruit grower probably electrocuted 18,000 spectacled flying-foxes in one season. From 1986-1992 more than 240,000 grey-headed flying-foxes were shot in orchards under 616 licences in NSW; many more were shot illegally. Wahl (1994) reported that 69% of orchardists surveyed said they had shot without a licence or outside licence provisions.
Wahl D. 1994. The management of flying foxes (Pteropus spp.) in New South Wales. M. App. Sci. Thesis. Applied Ecology Research Group. Canberra.

Darkfliers
A small group of advocates, scientists and wildlife rehabilitators who keep their ears and eyes open for positive and negative happenings that affect bats which have habitat in Australia